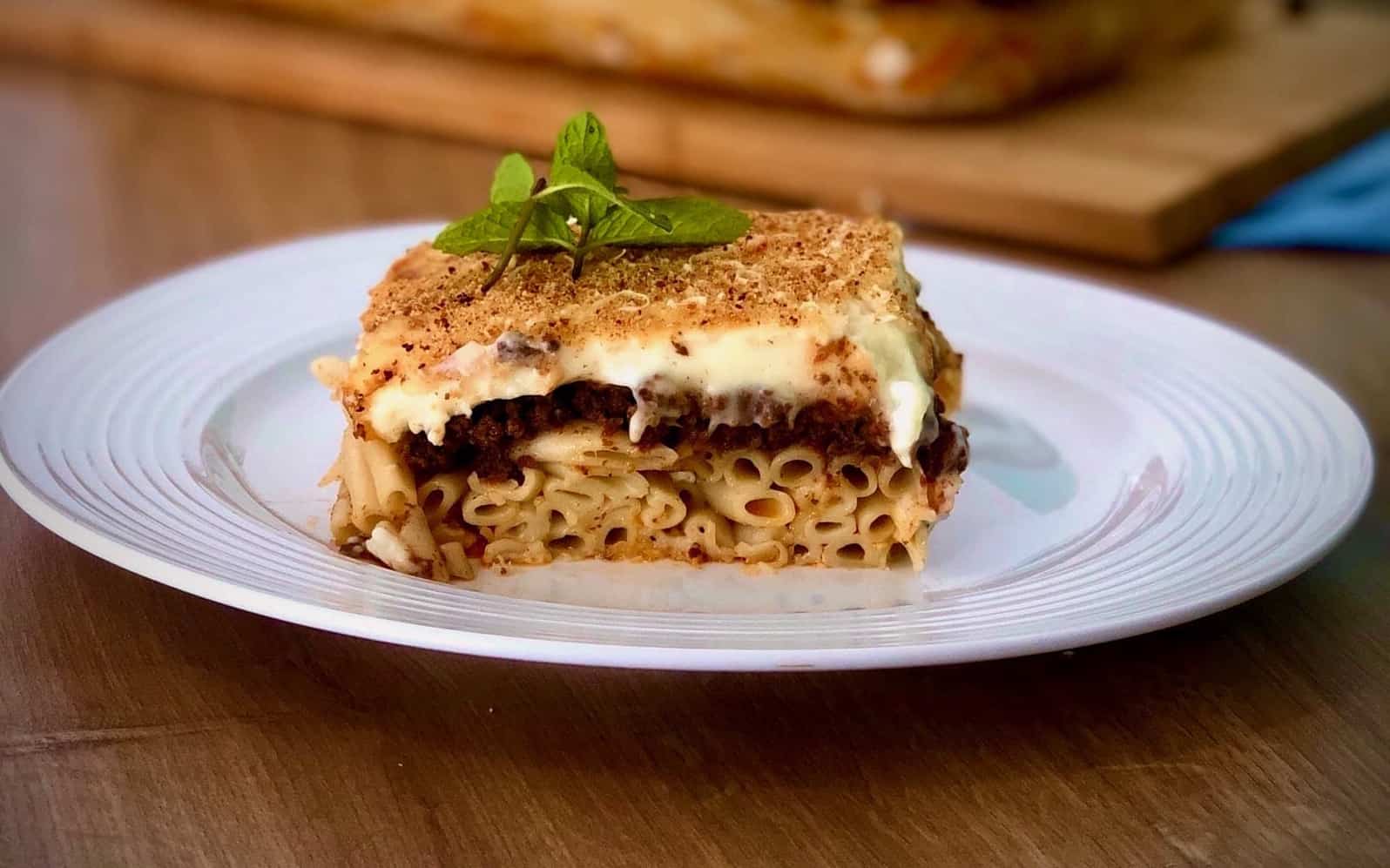 19 creative things you never knew you could make with pasta

Here’s a list of our all time favourite pasta creations - from around the web and deepest corners of Instagram. Enjoy!

This oven-baked anelletti dish consists of finely minced meat cooked in a mould usually in the shape of a ring or ‘aneli’. ‘Timballo di Anelletti’ is a staple pasta dish in Palermo, Sicily. It’s most commonly eaten on a Sunday as it takes a little extra time to make than most pasta dishes. The base consists of ragu, peas, ham, cheese and bread crumbs and it is baked in a tube pan, similar to a bundt but rounder in shape. ‍

These lasagne pinwheels are a fantastically unique take on the classic baked lasagna dish. This delicious dish was made famous by Don Angie, a restaurant in NYC. Their layout makes them lighter and easier to share than a baked lasagna.

‍
This classic baked Greek dish also known as Greek pasta or spelt ‘pastichio’ is made from tube pasta, ground meat and bechamel sauce. It’s easy to make and always a crowd pleaser.

Spaghetti muffins, or spaghetti nests, are a great use of leftovers and perfect for portable office lunches. Cook them, keep them in the fridge and heat up whenever you’re hungry!

For when you're torn between mac and cheese and arancini balls. Mac 'n' cheese bites are fried nibbles made from... mac 'n' cheese. Who knew something so simple could be made so sophisticated!?

Su Filindeu (threads of God) is a sacred dish served at the biannual feast in San Francisco to those who complete the 33km pilgrimage either on foot or by horseback. It is said to be the world’s rarest pasta dish. The pasta itself is rolled by hand into 256 equal thin strands and then placed in a circular shape ready to be dried. Once dried the pasta is broken up and cooked in sheep broth. This traditional pasta dish originated in Sicily over 300 years ago and the recipe has been handed down through generations. It is so rare and hard to make that only a couple of people in the world know how to make it.

These aubergine bowls are quick to make and can be served as either starters or mains. In Italy, pasta dishes are typically served as starters before the main dish but you can pair them with a salad or have both halves of the aubergine to make these a more filling main course.

This one’s more of a novelty, a gourmet burger invented by American burger joint PYT combining two of the world’s favourite meals, the beef burger and spaghetti with meatballs. Part of the charm includes swapping the classic bun for friend spaghetti nests which are great at allowing the sauce to trickle out and right down your hands and arms. Eating a burger just got a whole load messier.

Ptitim also known as Israeli couscous or pearl couscous is great for any occasion. It’s quick and easy to prepare (15 mins). It's great for kids, eaten late at night cold, on the side of a chicken schnitzel or as part of a summer salad. These tiny pasta balls are usually served cold and taste amazing.

Two of the greatest dishes in one. It might be a slight stretch to compare it with the likes of a Vietnamese pho but what’s not to love about these long ridged noodles in a beef soup.

Why limit yourself to a glass of wine with your meal when you could have the wine in your meal too? This one’s an impressive twist on “mom’s spaghetti”. Whether it’s a romantic date night at home, or you and your best mates having a dinner party. There’s nothing more sophisticated than having enough wine left to cook with.

I’m not convinced by this one, to me it screams heart attack on a plate but I haven’t tried it yet. So as they say “don’t knock it ‘till you try it” I imagine this one’s a laugh to make and looks great on the “gram”.

This one goes out to all the junk foodies. It’s the pie 2.0. Grease on grease which is sure to impress American cook Paula Deen, known for making exceedingly greasy and fattening food recipes. Whether you find this idea delicious or disgusting it’s an adventurous take on the classic winter comfort food that’s bound to peek a few interests.

The world’s most expensive pasta dish

Served on a Limited Edition Gianni Versace Bice plate, designed 7 months before Gianni Versace’s death in 1997. This truffle and lobster tagliolini was being sold in 2013 for the 25th anniversary of BICE New York (restaurant) for more than your monthly rent at a whopping $2013 (£1,254). This price included a small plate of fried calamari, a helping of veal, a rich chocolate mousse, gratuity and the plate itself, once you’ve finished.

An ode to Pasta Modern: New & Inspired Recipes from Italy Francine Segan, this isaAn Italian twist on the traditional Japanese sushi. Pasta sushi was invented by Italian two-star Michelin chef Davide Scabin. These one-bite appetizers showcase the versatility of pasta and highlight the ease at which it crosses over into other cuisines. Whether that be filled shells, seasoned with mirin and rice vinegar or spaghetti and meatball rolls.

Deviled eggs or Russian eggs are hard boiled eggs shelled, cut in half and stuffed with a paste mixed from the egg yolk and other ingredients. Pasta Deviled eggs combine the yolk with a pasta dish such as mac 'n' cheese or spaghetti carbonara so that the eggs are stuffed with pasta. Amazing huh!

A dish that looks and tastes like it took days to prepare when in reality is very simple, quick and easy to make. With as little as 5 ingredients you’ll be swapping pasta piles to pasta pies.

A simple dish that’s quick to prepare and a crowd pleaser with children and adults alike. Great for weeknight dinners and impressing on a night in. This simple twist on the classic lasagna is nothing short of pure genius.

Subscribe to our newsletter
Thank you! Your submission has been received!
Oops! Something went wrong while submitting the form.
Most read this week
No items found.
New recipes
No items found.