A type of fettucine from Caprinica, a province in Rome. It's the same shape as fettuccine but is made from bran giving it a rougher feel.

Ribbons of pasta, similar to fettuccine but with a rough texture

Meaning of the name

Roll the dough out thinly on a lightly floured surface or using a pasta machine. Roll or fold one end loosely towards the center of the sheet, then do the same with the other so that they almost meet in the middle. Lift one folded side on top of the other – do not press down on the fold. Working quickly and deftly with one motion, cut into thin slices with a sharp knife, down the length of the folded pasta. Immediately unravel the slices

How best to serve 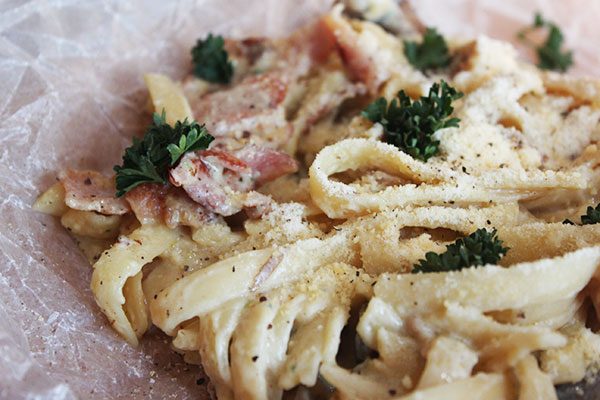 Subscribe to our newsletter
Thank you! Your submission has been received!
Oops! Something went wrong while submitting the form.